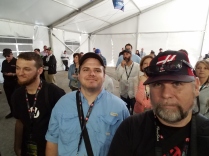 What a weekend for Suncoast Technical CNC !!!
VIP Guests at the Daytona 500

We had quite a weekend !! Haas CNC Racing team offered our class 4 tickets to the Daytona 500. The education wing of Haas Automation HTEC (non profit) contacted us about this great offer. Suncoast Technical College had hosted the first State of Florida HTEC educators conference for CNC machining education. In appreciation of that we were given free tickets to the BIG race. Not just any old tickets. 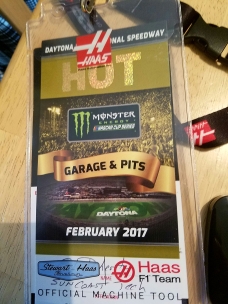 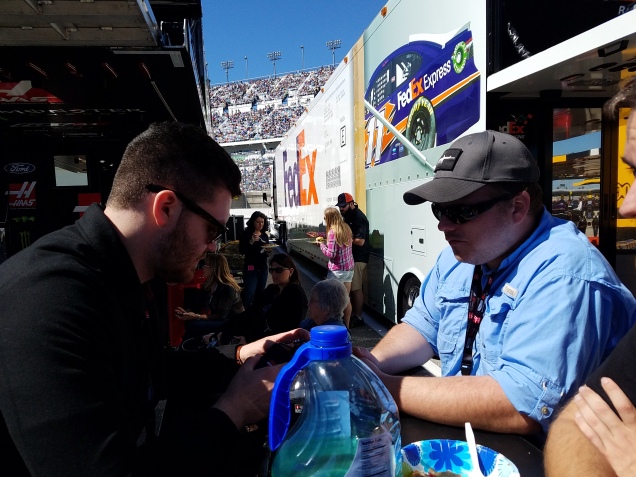 We were met by Martha and Charlotte from Haas racing team and brought to the back of #41 Kurt Busch trailer. We would be with that team all day.  We got to tour the garages, tech inspection and then we went as a group to the drivers meeting. In attendance was Mario Andretti, Keanu Reaves, Owen Wilson and many other guests. 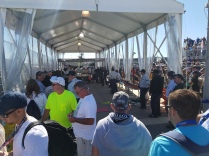 Next up was a visit to the starting line where all the qualified cars were lined up in order along with the new Series sponsor – Monster Energy and the Monster Energy Gals. We all got various photos including one with Kurt Busch and his #41 Haas race car. 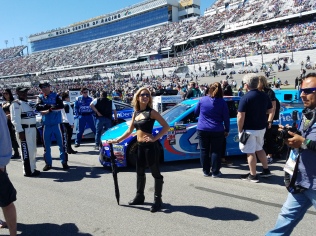 After that we were wisked away to the #41 Kurt Busch Pit crew station and the Pit cart where we would be all day.

What a day , with lug nuts flying , gas cans, and cars flying by and the occasional crash.

Getting near the end – we realized how well our team was doing. I was up behind crew chief Gibson when I could see Kurt pushing for the lead in the last lap. Everyone was hooting and hollering.  KURT WINS !! – Now we all run to the winners circle where we where included with the Stewart – Haas racing team. What a day. We all had a great time. 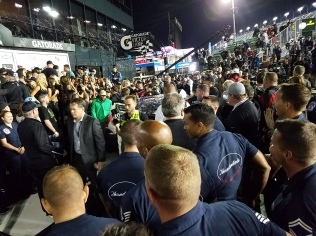 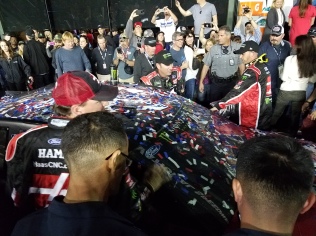 Can’t say enough about the VIP treatment from Haas racing especially Martha and Charlotte. They even sent the whole class die cast Kurt Busch cars as a remembrance of a great day.  Something we will always remember.